HERE BELOW, ARE THE LIST OF TOP NIGERIAN RICHIEST CELEBRITIES, THEIR NETWOTH AND ALSO THE CARS THEY HAVE. 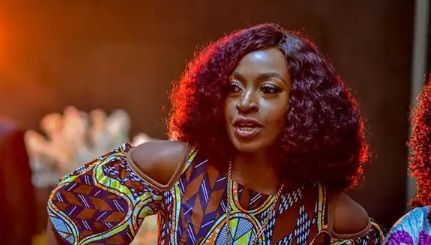 She’s an international Nigerian actress that has been on big screens for a very long time of 25 years now. In 2008 she won the Africa Movie Academy Award for Best Actress in a Leading Role for the film Stronger than Pain.

The best about Kate Henshaw is that she has successfully amassed a net worth of about ₦450,000,000 from acting and also businesses she has in her name. 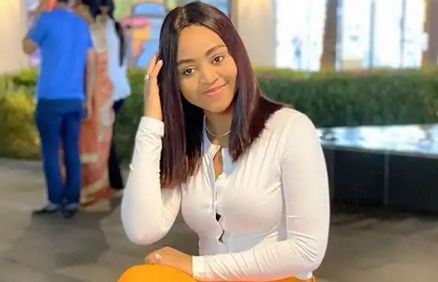 Regina Daniels is a 2000s baby making the richest celebrities in Nigeria list. She started her movie making in Nollywood at the age of 7 years old.

She has been getting decent actings roles since then but everything changed financially for Regina when she got married to Nigerian billionaire Ned Nwoko in 2019.  She is now worth over ₦550,000,000 from acting and also her affiliations with a billionaire.

Regina loves Mercedes-Benz even though she has been spotted with a lot of supercars belonging to her husband. Regina owns a Mercedes-Benz GL450, a w204 Mercedes-Benz and a G-Wagon. Team Mercedes here. 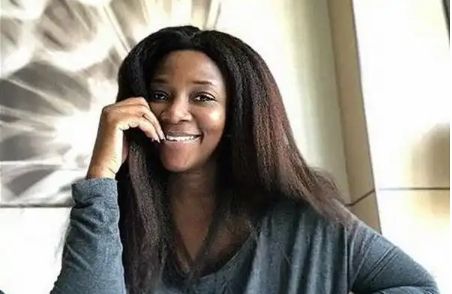 Genevieve Nnaji is also a Nollywood queen that has had an amazing career creating beautiful movies. She is also an entrepreneur, brand ambassador and a real estate investment owner.

Genevieve Nnaji started her acting career as a child actor in the then-popular television soap opera, Ripples at the age of 8, in 1998, she was introduced into the Nigerian film industry with the movie “Most Wanted”.

Genevieve’s last project is Lion’s Heart that was fully funded by Netflix and this put Nigeria on the map of great cinematography. Now you see why she has been able to earn herself a net worth of over ₦850,000,000. 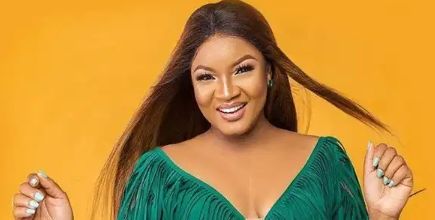 Omotola is a Nigerian actress, singer, model, entrepreneur, that has been staying beautiful for 25 years even after 4 children with a Nigerian Pilot.

Omotola is one of the richest Nigerian celebrities that have little interest in cars. She has been spotted in an Infiniti QX56, A Rolls-Royce Phantom and a 2017 Toyota Highlander.

<<<<Read also: Settlement of George Floyd family after his death 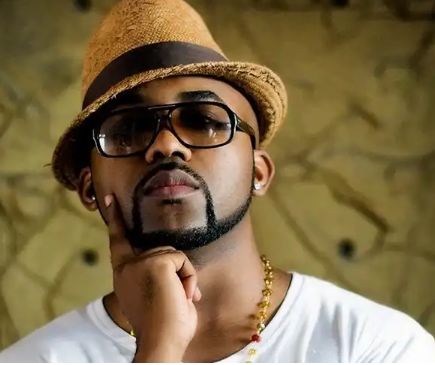 Banky Wellington was one of the pioneers of really monetizing music in Nigeria and he managed the success of Skales and Wizkid in the music industry with his EME record label.

Banky W these days has gone into movies making which He is now a full-blown Nollywood star with a huge success in movies like the wedding party.

Banky W was insulted on social media some few years  past for driving on an old Range Rover. 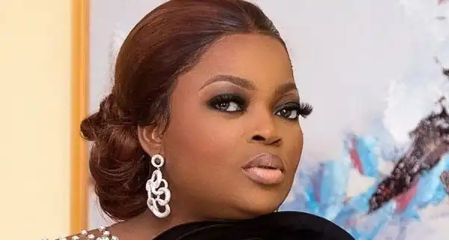 Funke Akindele also known as Jenifa is an actress at Nollywood,  she first had a major success in the Yoruba movie making before she was seen talented and gifted and brought out worldwide with the TV series “Jenifa” that made her who she is today financially.

CHECK OUT  #BBNaija: Queen Would Have Made Life Unbearable If I Chose Someone Else – Whitemoney

Funke boasts of a whooping ₦1,200,000,000 net worth from movies she’s making, endorsements and also business she invest on. 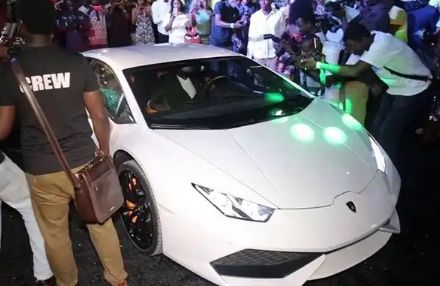 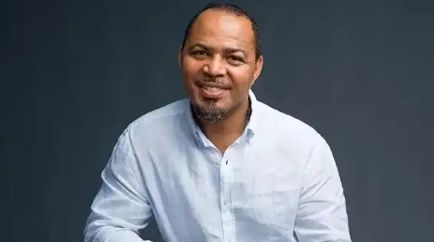 Ramsey Noah is among the biggest and wealthiest Nigerian celebrities today from his successful acting career in Nollywood and beyond. Ramsey Noah is really one of the best actors and a gift to Nigeria though his father is from Israel. Noah has relations here in Nigeria and as a matter of fact not a Nigerian. 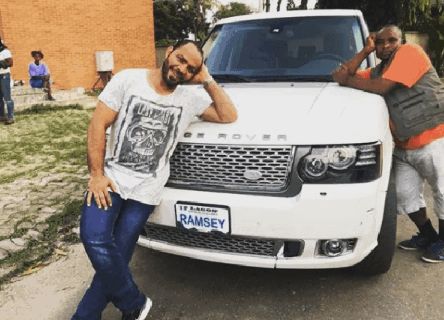 He has a diverse sets of cars he is rumoured to have a Rolls Royce Phantom, an Aston Martin DB5 and a Tesla Model X. The one car we are sure he owns is a white Range Rover Vogue and this is because he showed it off often when he goes out for a walk.

<<<<Read also: See fuel price that will blow your mind – after President Buhari made his decisions 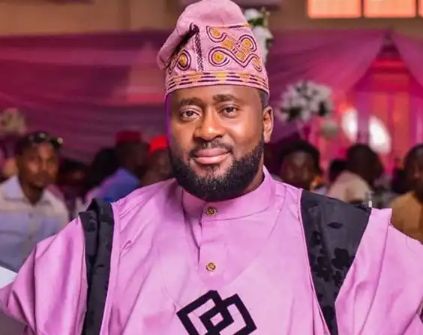 Desmond Elliot is among the train of the few successful Nigerian Nollywood actors that turned politicians. His acting career has been on pending since he left the industry and went to the Lagos State house of representatives some years back.

Desmond is now a blown politician.

Desmond Elliot has ₦1,800,000,000 in net worth and he does a lot of helping works with his wealth because what is a rich Nigerian celebrity that cannot help the society get better?

Desmond drives a Mercedes-Benz but we don’t know if it is his. (Funny)

Desmond owns a Ford Explorer, a Nissan Versa, a Toyota HiAce, a Toyota 4runner and also a Range Rover. 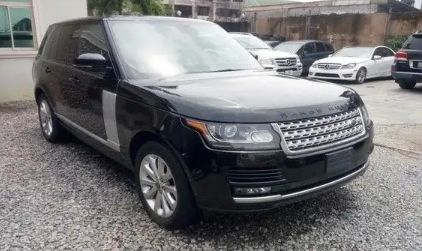 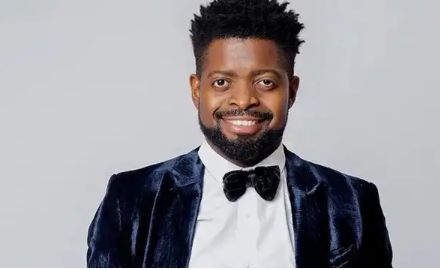 Bright Okpocha aka Basket Mouth is one of the comedians to ever come out of Nigeria. Basket Mouth got his first major acting career in Flat Mates and since then, the sky had been the limit for Bright.

Basket Mouth makes most of his money from brand endorsements and organizing shows.

Basket Mouth recently focused on making short films series ‘Papa Benji” for Youtube and it has been getting impressive numbers. Basket Mouth is one of the few richest Nigerian celebrities that have a smooth movie producing career. 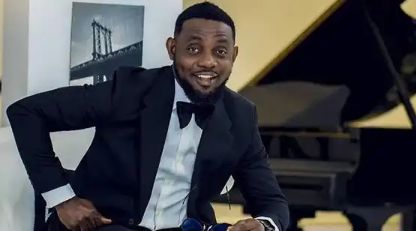 Ayo Makun, popularly known as AY, is a successful comedian, actor, movie director and entrepreneur. He was among the first comedians to start organizing and hosting full-blown shows with a new approach to comedy than just talking on stage.

AY the comedian is more of a businessman that does comedy

AY is among in the list of the richest Nigerian celebrities because he has an estimated net worth of about ₦2,200,000,000.

Being a CEO, AY drives a Lexus LX570, a G-Wagon and a Jaguar XJ to feel like a British man sometimes. AY is not a big fan of cars like his younger brother, Yomi Casual, that owns one of the best-looking Camaros in Nigeria. 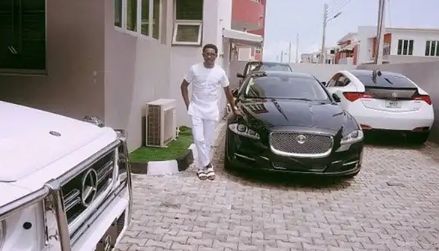 AY is a luxury car lover but not a car enthusiast 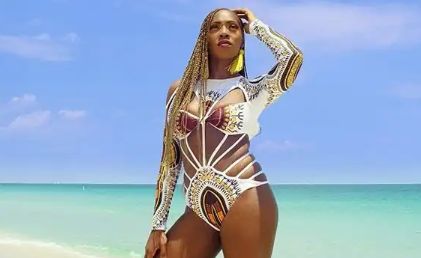 If you were making a list of the most influential female richest musicians in Nigeria, by number 2 you should have made mention of this icon. Starting as early as 1996, Tiwa has garnered fame, awards and quite a solid reputation. In recent times she left Mavin records to join the Universal Music Group.

CHECK OUT  Gist: Terry G set's to drop an album featuring Wizkid as he also called him Wizking

Tiwa Savage is said to own a red Volkswagen convertible, 2013 Toyota Prado SUV and saving the best for the last, a customized Mercedes Benz V class, definitely befitting an empress. 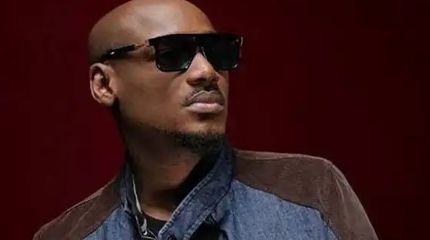 Innocent Idibia also known as 2Baba is a name that comes up when making reference to legends in the Nigerian music industry. Even after 25 years, the African Queen crooner still drops hits and goes around the globe, does philanthropy and runs endorsements for the country’s largest brands.

2face has been relevant for over 25 years now in the industry, very rare. 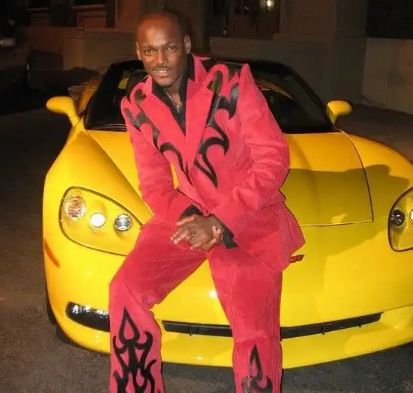 He owns a Lincoln navigator, gifted to him after the success of African Queen, and a Chevrolet corvette coupe. He also owns a Bentley, Mercedes Benz G-Wagon, Range Rover Sport and is rumoured to have acquired a Ferrari. That’s definitely a high maintenance garage.

2face is not big on showing off his cars 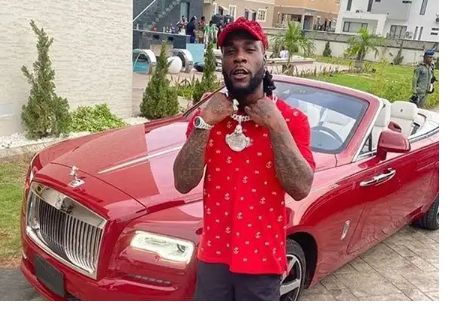 Without doubt, one of the biggest and richest singers in Nigeria at the moment, Damini Ogulu also known as Burna Boy and called by himself a name that makes him feel happy ODOGWU has made quite a name for himself. From dropping hit albums back to back to getting nominated for both at the Grammys in a row. What’s all that money without some toys to play with.

The African Giant doesn’t joke when it comes to cars 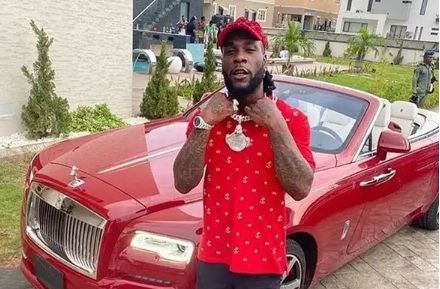 He’s been known to show off his 2013 Ferrari 458 Italia. He also owns a Bentley Continental GT, Mercedes Benz G-Wagon and a Rolls-Royce Dawn. He definitely has some taste for luxury.

<<<<Read also: If Dagrin was still alive – Check out photos of wrecked car that puts him to death. 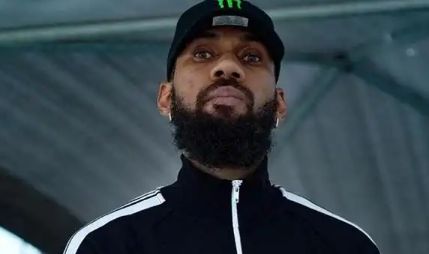 Phyno is unarguably one of the richest rappers in Nigeria. He is also a singer, songwriter and producer, who loves singing and making rap songs in his language, with quite a number of awards and endorsements. He also has an acting credit from Genevieve’s Lion’s Heart as the over-pampered son, he acted well.

The King of rap in the East

Judging by his garage Phyno is definitely a lover of good things.

You know the Ibos have a thing for Rolls-Royce cars 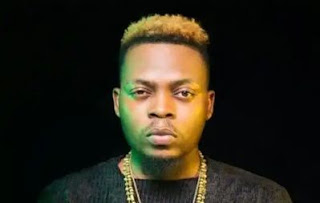 Olamide Badoo is a multiple award-winning rapper, singer, and songwriter who has being compared with late Dagrin.Most of his wealth from multiple endorsements and a flourishing career.

One of the most consistent Nigerian rappers

Olamide is said to own a number of fine rides that include a Range Rover, Mercedes Benz G-Wagon, 2014 Bentley Continental GT and a Chevrolet Camaro.

Olamide is always so proud of his white Bentley 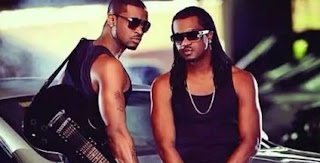 Sadly, P Square does not exist anymore but we hope they see this post and they decide to come back together when they where together they are worth over ₦4,900,000,000 but individually, none of them would even make this list individually. We hope to see you both guys as P-square

The twins that made the Nigerian music industry.

CHECK OUT  Desmond Elliot talk of the day.

P Square was a music duo formed by a set of twins: Rude Boy and Mr P. They had great successes in music making in Africa and all over the world which made both of them richest celebrities ever from Nigeria.

Rude-Boy in his white Jeep Wrangler

Mr P and Rude Boy have the same set of cars to tell you how bonded they were as of then.

They are real lovers of cars 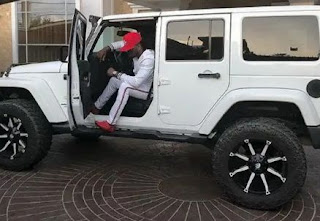 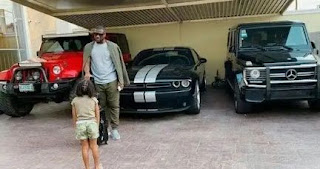 Founder and CEO of Mavin Records, Michael Collins Ajere, known worldwide as kown as Don Jazzy, He is a music producer, singer, entrepreneur and philanthropist. Most of his wealth acquired from big endorsements, and a flourishing record label. 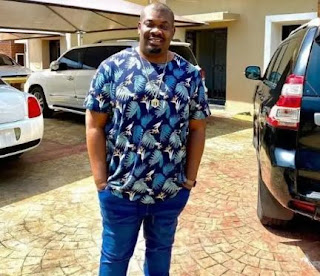 Don Jazzy loves big and bold cars. You can hear how his name sounds. 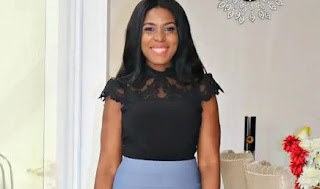 Give it up for the biggest blogger in Nigeria.

Linda Ikeji is a popular blogger, entrepreneur and former model with quite a number of endorsements. She goes into promotions for big brands. Linda has been able to ‘secure the bag’ for herself through her hard work.

This woman has all the Luxury cars! 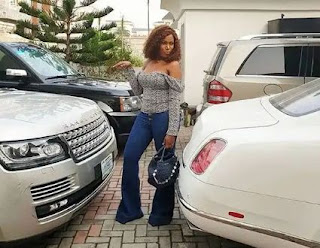 Linda Ikeji is one of the richest bloggers in Nigeria that can boast of an exquisite garage consisting of a Range Rover Sport, Mercedes Benz GLE, Mercedes-Benz S-Class and a Bentley Mulsanne like Linda Ikeji. 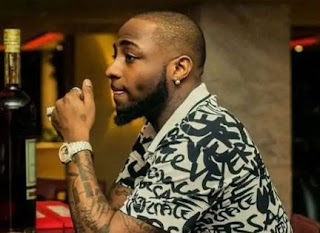 Waltzing into the Nigerian music industry with Dami Duro in 2012, Davido has gone on to break records after recording a hit after hit. He has earned himself a spot on the list of Nigeria’s richest celebrities. Multiple endorsements and an explosive music career contributees to his portfolio.

Omo Baba Olowo himself as he loves to be called a Yoruba term.

The total worth of Davido’s garage is probably in excess of a billion. 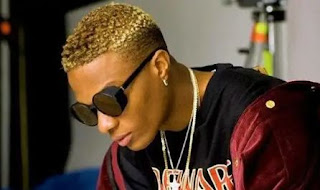 Starboy of the world He’s always on peoples mouth, singing his songs and some gossip him.

Since he is the best artist out of Africa in recent times, we wouldn’t get it if anyone saw this happening recently for Ayo Balogun after dropping his hit single which was tagged ‘Holla at your boy’. Running big money for brands like UBA and Ciroc among others, Wizkid is well recognized on this list and of course not forgetting his blossoming music career.

This is Wizkid’s favourite cars from his garage